Decolonize Hellas/Decolonize the Balkans and Eastern Europe: A first contact

Decolonize Hellas/Decolonize the Balkans and Eastern Europe: A first contact

Date: May 19th, 2021
Τime: 5-8pm
Organizers: dëcoloиıze hellάş with the Culture, Borders, Gender/LAB and the MA in History, Anthropology and Culture in Eastern and South Eastern Europe of the University of Macedonia and the CREABALK network/.

This workshop brought together anthropologists, geographers and sociologists, field researcher scholars and artists from Southeastern Europe, who have long dealt with minorities, borders, immigrants, cultural difference, patriarchy, race and social inequality. We sought for ways that everyday stories of cohabitation and creative counter-publics could be inscribed in projects of historical and epistemological decolonization of our time.

This workshop raised issues related to the study of the enlarged Balkan space in the global discussion on decoloniality. In collaboration with the CREABALK network, the workshop highlighted the importance of alternative ways of understanding, teaching and fusing critical and creative knowledge with empathy, beyond academia and in communication with the general public/audience of Balkan cities.

The workshop was conducted in English.

In the following link, you can watch a digital tour (in French) in the exhibition Rue d’Alger by Alessandro Gallicchio και Pierre Sintès. The exhibition works as a passage that links the Balkan with the Mediterranean, marking their multiple geographies, exceptions and colonial histories. The exhibition took place under ΜANIFESTA 13 MARSEILLE and will be discussed in the workshop among other projects by researchers and artists.

You can also navigate in the following link and access information for the exhibition “TRANSPERIPHERY MOVEMENT: Global Eastern Europe and Global South,” co-curated by Zoltán Ginelli (who is also among the participants in the workshop). The exhibition is hosted by the 3rd edition of OFF-Biennale Budapest “INHALE,” and looks at the historical relationships and parallels between the global periphery (Global South) and semiperiphery (Eastern Europe) in the 20th century through the concepts of coloniality, peripherality, and migration.

Catherine Baker is Senior Lecturer in 20th Century History (University of Hall). She is a specialist in post-Cold War history, international relations and cultural studies, including the post-Yugoslav region in a transnational and global context. Her research projects are connected by an overarching interest in the politics of representing, narrating and knowing about the past. Catherine’s current projects include relationships between war / the military and popular culture; the cultural politics of international events (including the Eurovision Song Contest); LGBTQ politics and identities since the late Cold War, including queer representation in media; and ‘race’ in the Yugoslav region. She has also researched interpreters/translators in peacekeeping.

Alessandro Gallicchio is Professor of contemporary art history at École supérieure des beaux-arts de Nîmes and adjunct faculty member at TELEMMe (AMU-CNRS) in Aix-en-Provence/Marseille. After he completed his PhD, he was a post-doctoral fellow at the Institut National d’Histoire de l’Art and Centre Pompidou (Labex CAP) and worked on the relations between art and urban space in contemporary Albania. Through an interdisciplinary approach, engaging a dialogue between art history, cultural geography, architectural history, and anthropology, he launched with Pierre Sintès MonuMed, an art and social sciences project focused on the new practices of artistic and architectural monumentalization. In 2020, he was André Chastel fellow at the Villa Medici in Rome and in 2021 he is researcher in residence at École Françaised’Athènes. As an independent curator, he collaborates with international art centers and museums and he presented Rue d’Alger exhibition in Manifesta 13 Marseille Les Parallèles du Sud Biennial.

Zoltán Ginelli is a PhD Candidate in Geography at Eötvös Loránd University. His research and teaching focuses on critical geography, historical and political geography, and the geographies of knowledge, but he also specializes in the history, sociology and philosophy of science, science communication, and science and technology studies. His forthcoming dissertation book is a transnational history of the “quantitative revolution” in Cold War geography, and his current research reinterprets colonial history and postcolonialist thought in Eastern Europe. Since 2015, he has been a part-time Research Assistant in the international research projects “1989 After 1989” and “Socialism Goes Global” at the University of Exeter. Zoltán is devoted to fighting social injustice, promoting progressive teaching and critical geography in Hungary, for which he runs two blogs, the Forum for Hungarian Critical Geographers (https://www.facebook.com/kritikaifoldrajz) and Critical Geographies (https://kritikaifoldrajz.hu). Whenever he can, Zoltán enjoys academic reading, blog writing, travelling, and art, while on gloomy evenings plays the blues on his prized guitar, an American Fender Stratocaster.

Olivier Givre is an anthropologist and Associate Professor at the University Lumière-Lyon2 (France). He works mainly in the Balkans (Bulgaria, Greece and other countries) on several fields: ritual and religious dynamics, memory and heritage processes, border and territory issues. His present research interests concern ecological anthropology, sensory anthropology and research-creation. He is the cofounder of the CREABALK – Creative Balkans network. https://univ-lyon2.academia.edu/OlivierGivre

Danijela Majstorović (MA 2003, Ohio University; PhD 2006 University of Banja Luka) is Professor of English Linguistics and Cultural Studies at the University of Banja Luka’s English department. She is also a Humboldt Experienced Research Fellow studying social protests and third-wave migrations in and from post-2015 Western Balkans at Justus Liebig University in Giessen, Germany. She was a visiting researcher at Lancaster University in 2006, a Fulbright fellow at UCLA in 2012-2013, a Canada Research Chair in Cultural Studies Postdoctoral Fellow at the University of Alberta in 2014 and a visiting researcher at Indiana University in 2016. Her research interests involve critical discourse analysis, critical theory, feminist theory, post- and decolonial theory, and post-Dayton Bosnia. She has published over 25 journal articles, co-authored Youth Ethnic and National Identity in Bosnia and Herzegovina (Palgrave, 2013), authored Diskursiperiferije (Biblioteka XX vek, Belgrade) and Diskurs, moć i međunarodnazajednica (FF Banja Luka, 2007). She edited Living With Patriarchy: Discursive Construction of Gendered Subjects Across Cultures (John Benjamins, 2011), U okriljunacije  (CKSP Banja Luka, 2011) and Kritičkekulturološkestudije u postjugoslovenskomprostoru (Banja Luka, 2012). Her new book, Discourse and Affect in Post-socialist Bosnia and Herzegovina: Peripheral Selves, is due to come for Palgrave in 2021.

Philipp Lottholz is a Post-Doctoral Fellow at the Collaborative Research Centre / Transregio 138 “Dynamics of Security” and at the Institute for Sociology, Justus Liebig University Giessen, Germany. His research focuses on political and social change in post-Socialist Central Asia and Eastern Europe, and in particular on evolving trajectories of statebuilding, peacebuilding and security practices. Further interests include researcher safety, practice-based and dialogical approaches to knowledge production, and post- and decolonial thought. Outputs from his research on community security, interethnic reconciliation and ‘politics of difference’ have been published in International Peacekeeping, Journal of Intervention and Statebuilding, and Central Asian Survey, and also in the edited collections Interrogating Illiberal Peace in Eurasia – Critical Perspectives on Peace and Conflict (Rowman & Littlefield) and Hybridity: Law, Culture and Development (Routledge).

Ioannis Manos is Αssociate Professor in the Department of Balkan, Slavic and Oriental Studies, at the University of Macedonia in Thessaloniki. He studied History and Archaeology at the Aristotle University of Thessaloniki and Social Anthropology at the Universities of Hamburg, Germany and Sussex in the UK. He worked as a Full Time Visiting Research Fellow at the Sussex European Institute (Sussex University), holding a Marie Curie scholarship from the European Union. He is a member of the editorial collective of the Teaching Anthropology Journal (Royal Anthropological Institute) and co-convener of the EASA-Teaching Anthropology Network. He is a founding member of the academic network for Anthropology and the Balkans «Border Crossings», member of the Advisory Board and co-editor of its publication series. His main research interests focus on Southeast Europe and his publications include articles and co-edited volumes on geopolitical borders and border regions, nationalism and identity politics, anthropology of dance, migration and the methodology of teaching anthropology.

Eleni Sideri is an Assistant Professor at the Department of Balkan, Slavic and Oriental Studies at the University of Macedonia, and holds a PhD in social anthropology from SOAS/University of London. She completed three master degrees in Social Anthropology, Near and Middle Eastern studies (SOAS) and sociolinguistics (AUTH). She also holds  a degree in Film Studies (AUTH). She did fieldwork in the Caucasus, in Bosnia-Herzegovina and in Greece. Her academic interests include diasporas, transnational migrations, mobilities, tourism and post-conflict urban development, language and sociolinguistics, post-socialist societies and cinemas, film and TV narratives, anthropology of media, experimental ethnographic writing, digital technologies. She co-edited the volume Religions and Migrations in the Black Sea (2017) Macmillan/Palgrave.

Pierre Sintès is Associate Professor of Cultural and Social Geography at Aix- Marseille University, France. His research is about the social and political transformations related to migration, diaspora and mobility in Greece and other Balkan’s countries. He focuses more particularly on discourses of identification, and social and ethnic affiliations and relationships between identity and space. His recent publications (in English) include Chasing the Past: Geopolitics of Memory on the Margins of Modern Greece (Liverpool University Press, 2020), Social Practices and Local Configurations in the Balkans (European university of Tirana Press, 2013) and Borders, Mobilities and Migrations. Perspectives from the Mediterranean, 19–21st Century (Peter Lang, 2011). He is the cofounder of the CREABALK – Creative Balkans network.

Fotini Tsibiridou is Professor of Social Anthropology at the Department of Balkan, Slavic and Oriental Studies at the University of Macedonia and acting Director of the Laboratory for the Study of Culture, Borders and Gender. She has done fieldwork in a former refugee village and among the Pomaks in Greek Thrace, in Macedonian and Peloponnese villages and the Sultanate of Oman. She has also researched nationalism and multiculturalist discourses and practices in Greek Thrace, as well as gender, citizenship and creative counterpublics in Istanbul. Currently (since 2018), she is researching two topics: post-Ottoman religiosity and gendered subjectivity in the frame of post-colonial critique (Balkans, Turkey, the Middle East), and feminist and other decolonizing methodologies deployed in creative protests and resistance practices in Mediterranean cities in the way to/of cosmopolitics. She is the cofounder of the CREABALK – Creative Balkans network.

(De)facing Patriarchies at the Mediterranean Borders: Τhe decolonial at stake for Mizrahi and Basque feminisms

This webinar is a follow up of the thematic “Decolonizing Gender – Feminist Methodologies,” started in the symposium of our initiative

END_OF_DOCUMENT_TOKEN_TO_BE_REPLACED

Cosmopolitics, Heteropolitics, and Epistemologies of the South: Discourses on Decoloniality in Greece, between Theory and Activism

This workshop was organized by the initiative Decolonize Hellas, under the cluster of Cosmopolitanisms/Cosmopolitics. Within that context and, more broadly, within our critique on the self- and hetero-colonizing processes of the hegemonic discourse of Western epistemology and white supremacy, we looked into the meanings and transformations of classic Cosmopolitanism, as they have appeared in the era of Colonization and as they survive in the present

END_OF_DOCUMENT_TOKEN_TO_BE_REPLACED 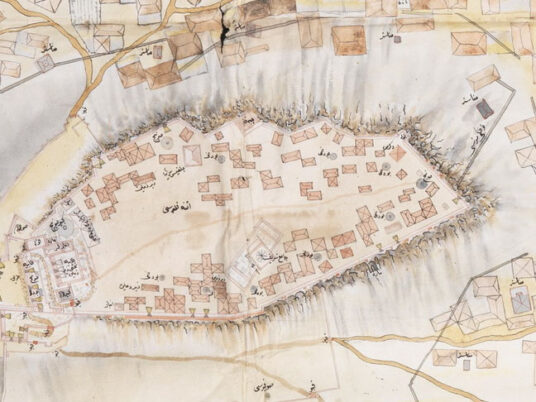 In this discussion, part of a series of activities on Decolonizing the Acropolis, we presented and discussed the historical, archaeological, architectural, artistic, and other evidence on the Ottoman lives of the Acropolis landscape