The aim of this workshop, held in October and November of 2021, was to connect the creative and critical practices, debates and forms of activism reshaping monumental landscapes in various places around the world to the Greek context. What would it take to recognize –and call out– the reciprocal relations and mythologies linking the Greek nation-state to Europe’s colonial legacies? A slaveowner honored as a Philhellene? The ethnic cleansing undertaken by a national hero?

At the same time, we sought to illuminate Greek traditions of defacement –both political and artistic– as modalities of political action and historical reckoning. We considered the many ways in which social invisibility and inaudibility is produced and maintained by the state-sanctioned monumental backdrop. We asked how developing an anticolonial imagination requires honing our attention on the sights, sounds and movements of lived Athenian public space and, more broadly, Balkan and Mediterranean routes.

How might we bring into relief the traces of ad hoc people’s memorials commemorating those killed by the state and “sovereign citizens” – the accretions, assemblages, occupations in physical and digital space crowdsourced by mourners that counter the constitutive exclusions and repressions of the official monumental order? How might we use this material to reimagine and design emancipated monuments –speculative, ephemeral, nomadic and transformative, rather than “set in stone”– recognizing unrecorded and unreckoned losses, potential histories, everyday heroism of solidarity and coexistence, inclusive futures?

In short, monumentøclasm is about exposing the unrepented crimes of nationalism and internalized colonization, hidden in plain sight beneath the mantle of European propriety, law and order. It is also about breaking the colonial legacies of our epistemologies that have created borders between scholarship and activism, documentation and speculation, past and present, realism and art.

The summer of 2020 witnessed the defacement of public monuments honoring slaveowners, white supremacists, colonial explorers, and national heroes at various sites across the world. These spectacular acts of defacement have broken through the bedrock of Western denialism by calling into critical public (re)view the crimes of colonialism, genocide, slavery, capitalism, patriarchy, racism, and imperialism that variably underwrite the historical legacies and contemporary relevance of the monumental figures targeted. As a decolonial modality of historical redress, defacement exposes the extent to which, in a slight rephrasing of Walter Benjamin’s well-known aphorism, “there is no monument of culture which is not at the same time a monument of barbarism.”

Even though, as many have noted, these practices of decolonial iconoclasm have precursors –and now many successors– in various historical and geographical settings, what might have been unique were the rhizomatic linkages of affiliation and critique forged across dispersed contexts of defacement. The defaced monuments have consequently become networked nodes where demands for social, racial and historical justice are being relayed, making it clear that white supremacy is a global power system that must be analyzed –and collectively contested– in relation to the transnational processes that Western colonial extractivism set in motion and continues to exploit. 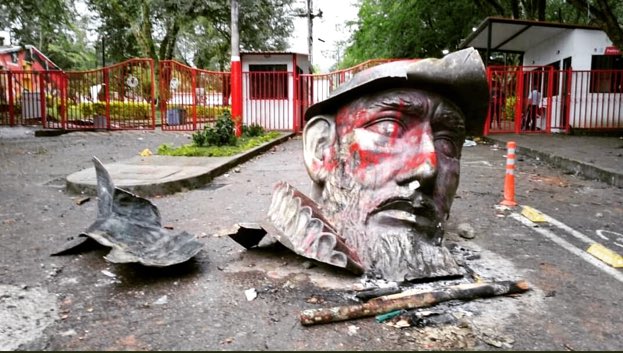 This workshop was run in a hybrid/ bilingual format (in person & online; Greek and English) during the fall of 2021 (October-December) by the members of the MËMORY — MONUMEИTS Working Group.

From early October to early November 2021, participants took part in webinars, did readings and engaged in short walking/listening exercises related to the topic of decolonizing memory and monuments in a Greek context. The whole group met for an intensive one-day workshop in Athens and online write a ‘manifesto’ that was presented at the dëcoloиıze hellάş symposium and to discuss ideas for an action to be designed by the group and staged n a public space in Athens.

We are a group of friends, strangers, teachers, students, civil servants, unemployed, expats, exiles, migrants, human rights lawyers, artists and bastards of the diaspora living through an ongoing pandemic.

We acknowledge our various positions and privileges, in the place where we find ourselves. We recognize the myriad violences of colonization: the theft of land, the destruction of culture, the genocide of Black and Indigenous Peoples. We acknowledge that we are all by-products of colonialism.

We have come together in Athens to think and talk about the defacement of public monuments honoring white supremacists, slave owners, colonial invaders and supposed national heroes today.

In this moment of displacements and pushbacks, raising border walls, police murder, exploited labor, femicides, racism, religious discrimination, homophobia, precarity, the plunder of the commons, the destruction of public infrastructures, we feel a sense of urgency.

There is a lot about monuments in Greece that unsettles and provokes us.

Greece has been made a monument of/for the West. It has been entangled in heteronormative, patriarchal, dominant fantasies and used to justify slavery and genocides.

Hellas is a pillar of whiteness, used as material proof, differentiating the “civilized west” from the “uncivilized other”. Hellas is a myth made real, realized through social exclusion and political negation. Greece has been a digging site for artefacts of the West’s selective history. Today it is a site of graves of those violently excluded from European spaces and citizenships.

We want to draw attention to the lives that were not allowed to be lived.

We want to unsettle and provoke monumentalities.

The 200th celebration of the Greek revolution has directed attention to monumentality. We want to turn monuments against the nation to connect local and diasporic histories and geographies. We want to bring forth pluralities.

We choose to reclaim the public space that monuments occupy, creating new synergies through our streets, our cities, our narrations, our senses of belonging.

We want to use monuments as a method. We see them as a thread among peoples, connecting struggles.

We want to reveal the stories and bodies under the hooves of the heroes that dominate public space. We want to open up what defacement could be.

This statement was collectively written and presented on Sunday, November 7 at the dëcoloиıze hellάş symposium by the following workshop participants: 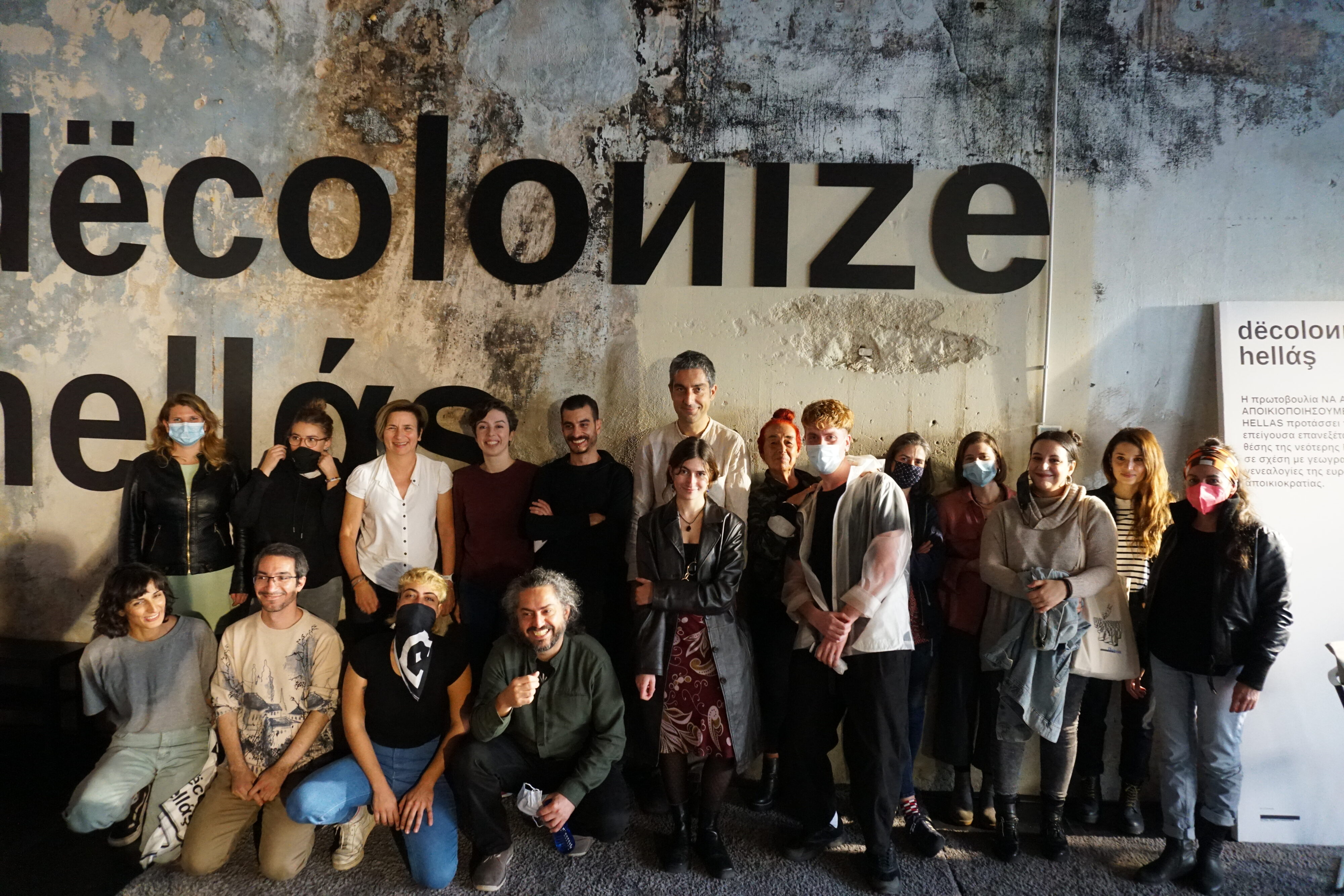