Cosmopolitanism is an ideology of imagining the world as one and united, yet founded on economic, political and moral divisions and hierarchies, many introduced during the colonial era. Thus questions of capital circulation, global governance and distributive justice are central to any discussion of cosmopolitanism. We are in search of a new political imagination of a common world that does not seek to replace one cosmopolitan ideology with another, but builds instead on practices of recognition, care and solidarity, already being enacted in social, indigenous, anticolonial movements and epistemologies of the South. In brief, we aspire to a cosmopolitics of inclusion.

This cluster accordingly will situate Hellas within three main contexts: 1. Colonial, imperial and contemporary circuits of capital and labor/indigenous resistance to enclosures and market expansions; 2. Fields of knowledge production and expertise on conflict, culture and crisis governance; 3. Networks of anti-colonial intellectuals and movements, attitudes of critique and care, emancipating cosmologies of vulnerable populations and communities of solidarity.

HMS Serapis with the Prince of Wales on Board leaving the Piraeus. The Illustrated London News. 1875. Source: https://www.britishnewspaperarchive.co.uk/

As a global maritime merchant economy from its institution to this day, modern Hellas can help us track the connections between colonialism and capitalism  in its most free-floating modality — at sea.

Map of Greek, Bulgarian and Turkish population exchanges following 1919 Treaty of Neilly and 1922 Treaty of Lausanne. In A. Vacalopoulos, History of Macedonia 1354-1833 (1973). Source: Institute for Balkan Studies

As a key laboratory for devising models of cosmopolitan post-conflict and crisis intervention, modern Greece can contribute to the tracing of genealogies, technologies and moralities of post-colonial governance.

As a critical crossroads for radical and solidarity networks spanning the Balkans, the Eastern Mediterranean, the oceans and the Global South, the experience of Hellas can enrich our contemporary comprehension of cosmopolitical connections and the search for radical emancipatory practices through diverse cultural, religious and cosmological encounters. 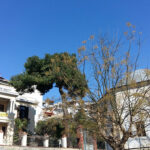 07/06/2021
In the context of globalization and of post-conflict and humanitarian interventions, the hegemonic ideal of cosmopolitanism, as the universal ideal ...
READ » 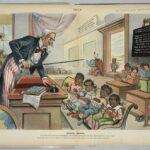 05/05/2021
More than fifteen years ago Hamid Dabashi had written that, “The re-emergence of civilizational thinking at the last two decades ...
READ »