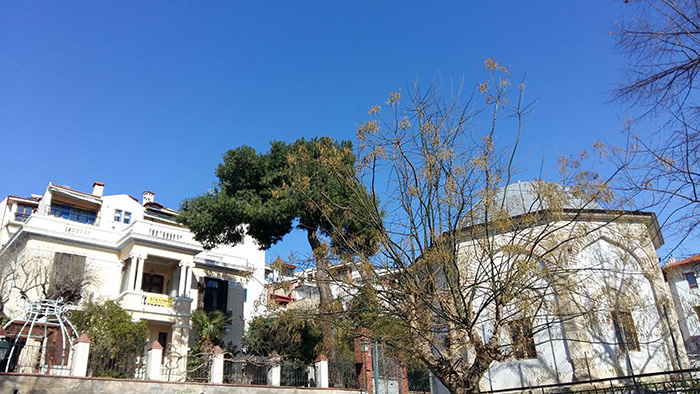 In the context of globalization and post-conflict and humanitarian interventions, the hegemonic ideal of cosmopolitanism, as the universal ideal of both European Enlightenment and the colonial civilizing mission, is been strongly contested. The very same context is also testing the limits of cultural relativism and human rights discourses which endow today’s neo-cosmopolitan hegemonic and unilateral legal practices with significance (Marshall & Staeheli 2020).

Both cultural relativism and the instrumentalist advocacy of “multiculturalism” as an essential tool of Western epistemology in social and political theory have consolidated a religious, linguistic, and, ultimately, ethnic difference (Muhić 2004). The adoption of such racialized forms of coloniality at the very heart of Europe treats migration as a “problem”; a similar phenomenon is occurring in the region of the former Ottoman Empire concerning minorities. In the Balkans, long characterized by their heterogeneity in the face of an unfulfilled desire for mono-ethnic national homogeneity, colonial technologies of divide and rule seem to be responsible for the multiplication of dualistic forms of otherness and the segregation of populations into majorities and minorities, especially in the case of religious, linguistic and marginal minorities that diverge from the white, Christian, and European ideal (Tsibiridou 2013). For years, the regions of Thrace and Macedonia, in the northeastern borderlands of Greece, have functioned as laboratories for national conformity, while ethnographic research has presciently uncovered the ethnic and local forms of the ‘coloniality of power,’ as well as the ambivalence of bodies living in conditions of constant surveillance, dualistic separation, and hetero- and self-colonization (Tsibiridou 2005).

The diverse minority populations living in these multivalent Balkan and Mediterranean borderlands, all the groups that have been recently or lastingly put in a subaltern position (the poor, the Roma and other minorities, migrants, women, and others), present similarities, differences, and analogies in terms of both the biopolitics of compliance adopted by nation-states and the experiences of resistance that have been and are being developed by minorities and subaltern subjects. What happens to all these populations and other subaltern groups in our neoliberal times? What happens to them as they internalize the stereotypical hegemonies and ‘nesting orientalisms’ that are based on the majority’s fear of the degeneracy of the nation, a fear anchored in the different languages that minorities speak, the different religions they follow (Muslim or otherwise), the refugee origin they claim, or any other difference or exception they might represent (Tsibiridou & Mavromatis 2013)? Under what circumstances do these groups creatively resort to the heterodox/unorthodox cosmologies that we find in the epistemologies of the Global South (Santos 2014)? How can field research and social theory enter into a dialogue with social movements and how can the condition of coloniality engage with the mediation of the art (Appadurai 2021)?

Among the objectives highlighted by our initiative Decolonize Hellas/Να από–αποικιοποιήσουμε την Hellas, the Greek nation’s paradigm is examined in its relations with its neighbors in the Balkans and the Mediterranean. It deserves to be analyzed both in terms of its role in the establishment of Western European cultural hegemony and in relation to a parallel trajectory of domination, denial to or/and non-compliance with Western epistemologies and colonial technologies.

Let me here dwell on the second point made above and consider the transition from a traditional cosmopolitanism to cosmopolitics. Cosmopolitics may initially be located in environments of decoloniality in the Global South, which view the colonialist paradigm as “the matrix of power relations and governmentality” (Mignolo 2011; Quijano 2000). Cosmopolitics entail activist practices that are inspired by universalist ideals of humanity, raised to the global/planetary level, and also fight off the racism of white supremacy, even as they recoil from the acculturation process based on the superiority of spirit over body, of reasoning over empathy. Nevertheless, embodied emotional experience coursing through cosmopolitical practices is in harmony with nature, it often communes with feminist methodologies striving for broader equality, is against violence, and show concern and care for community structures. The politics of equality is supported through intersectionality, that is to say, through embodied practices of inclusion and social solidarity, practices engaged with bodies that live in precarity due to their race, gender, class, origin, sexuality, cosmology etc. (Rivera & Odegaard 2019; Gill & Pires 2019).

Closer to home now, in Greece, we have borne witness to conflicts in the borderlands, to economic crisis, ecological disaster, the pandemic, the national border issues, and forced displacement. In these phenomena, feminist criticism has seen patriarchy’s continual return, but it has also read such phenomena as privileged loci from which intersectionality reconstitutes the terms of political action (Tsibiridou 2013). It is in these extreme circumstances of neoliberal capitalist expansion and labor precarity, of political authoritarianism, of burgeoning fascism in society and police state practices, and also under the fear triggered by an accelerating climate crisis, that the discussion between Academia and social movements (in crisis-ridden Greece and European South, and also in the Balkans and their permanent process of “transition”) seems to shift: from the postcolonial, cultural and feminist critique (Athanasiou et al, 2016) and the study of the postsocialist condition to the emergence of new epistemologies and cosmologies that draw from local cosmologies, the secular critique of gender equality and justice, and social/human rights discourses (Kušić et.al. 2019). Such secular criticism, as a counterpoint on cultural relativism and tolerance, is primarily associated with epistemologies of the Global South and the movements of decoloniality (Ҫayalan 2020).

In the aftermath of postcolonial theory and intersubjective multiculturalism (Tsibiridou & Bartsidis 2016), as it draws from Western philosophical traditions and that brand of political theory that is in dialogue with classical or new cosmopolitanism, the glocal social movements place racism, patriarchy and colonial technologies at the heart of their agendas. Concurrently, they comment upon intersectional, feminist, and other activist experiences of communalism and heteropolitics (Lugones 2007; Paredes 2008; Voulvouli 2020) in order to open up discussions about the reconstitution of the subject (Bartsidis 2014). This subject seems no longer to constitute herself intersubjectivally; it favors transindividual experiences of care and communitarian solidarity that strive for true equality through coexistence and mutual exchange of cosmological knowledge, instead of trusting the representative culture and ethnically tolerant policies of a multicultural society. For care, solidarity, autonomy within the context of community, emancipation and dignity in life, all need the secular transcendence for a universal ideal, beyond both the civilizing Western modern secularization project, and the simple tolerance of difference promoted by cultural relativism. At the threshold of the encounter between the global and the local, the subject constitutes herself through the Other (foreigner, unfamiliar, precarious, marginalized, subaltern) and beyond the liberal, Western individual values, the familial heteronormative circumscriptions, and the nationalistic genealogies of race, language and religion that shape the pious citizen (Tsibiridou 2017).

Cosmopolitics –be it as heteropolitics according to Hage (2015) or as subalternist politics according to Watson (2014)– principally concerns precarious bodies (women, young people, minorities, foreigners, marginalized, refugees, migrants, neo-poor etc). All these groups transcend rational binarisms (Gill & Pires 2019), engage with feminist methodologies, invest in care, sharing, creative intersectional agency, practices and tropes which signify cosmologies of cooperation and not of division/segregation. They produce politics otherwise. Within the postcolonial, extremely impoverished and conflict-ridden environments of the Global South, as well as in the Greece of crisis, pauperism and host refugees country, each type of support for another way provoke disquiet/disorder among the ranks of Western epistemology/cosmology and its colonial technologies. Resistance by way of intersectional practice productively engages theoretical reflection around issues of equality, justice and difference. Devoid of patriarchies, with ecological sensitivities, it invites an epistemological paradigm shift and the search for new universal values in a post-humanist planetary ideal.

Αppadurai, A. (2021), “Beyond Domination. The Future and past of decolonization”, NATION 3.9.2021. https://www.thenation.com/article/world/achille-mbembe-walter-mignolo-catherine-walsh-decolonization/?fbclid=IwAR3SFN1tdjGJT9k5kc-LLCGbc9xnw-uVpvc29dCaViF7DapGf1yE5OMETSE)

Quijano, A. (2000) «Coloniality of power, Eurocentrism, and Latin America».Nepentla: Views from the South, 1(3): 533–580. Retrievedfromhttp://www.unc.edu/∼aescobar/wan/wanquijano.pdf

Santos, de Sousa B. (2014), Epistemologies of the South. Justice  against epistemicide. Routledge.

Fotini Tsibiridou is a Professor of Social Anthropology at the Department of Balkan, Slavic, and Oriental Studies at University of Macedonia and Director of the Workshop for the Study of Culture, Borders, Gender/Lab. 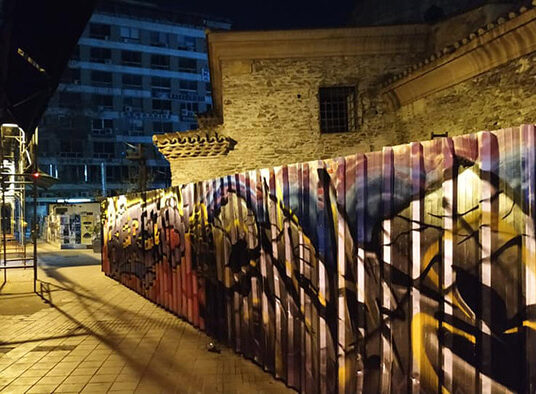 Cosmopolitics, Heteropolitics, and Epistemologies of the South: Discourses on Decoloniality in Greece, between Theory and Activism

This workshop will be organized by the initiative Decolonize Hellas, under the cluster of Cosmopolitanisms/Cosmopolitics. Within that context and, more broadly, within our critique on the self- and hetero-colonizing processes of the hegemonic discourse of Western epistemology and white supremacy, we look into the meanings and transformations of classic Cosmopolitanism, as they have appeared in the era of Colonization and as they survive in the present

In 1963 the Order of AHEPA (Greek Organization of Americans of Hellenic Descent) commissioned Felix de Weldon, the sculptor of the iconic Iwo Jima memorial in Arlington

END_OF_DOCUMENT_TOKEN_TO_BE_REPLACED 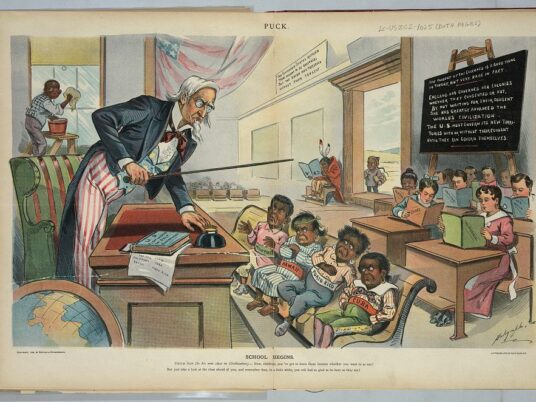 More than fifteen years ago Hamid Dabashi had written that, “The re-emergence of civilizational thinking at the last two decades of the 20th century…